NAOMI KLEIN, “NO IS NOT ENOUGH” “With unleashed white supremacy and misogyny, with the world teetering on the edge of ecological collapse, with the very last vestiges of the public sphere set to be devoured by capital, it’s clear that we need to do more than draw a line in the sand and say ‘no more.’ Yes, we need to do that and we need to chart a credible and inspiring path to a different future. And that future . . . has to be somewhere we have never been before.”

We know, we all know that the violence, hatred, greed and intolerance in today’s world cannot be sustained.  Most of us also know that the destruction of the earth’s resources for financial gain cannot be sustained.  We must transcend to a place where polar bears and rain forests are more esteemed than stock portfolios and asset holdings.  The consequences of ignoring the pleas of nature will be dire.  Do you hear Mother Earth screaming?  No, she’s not calling to us for assistance; rather, the scream is at us for being so stupid and self-indulged.  She knows the earth will recover and flourish – we, homo-sapiens, will not.

Mike Pompeo, our Secretary of State, referred to the melting polar ice cap as ” a wonderful economic opportunity for international trade…..West to Asia shipping routes across the ice free Artic would cut shipping times by 2 to 3 weeks.”  Perhaps Mike would be ecstatic with the prospect of Atlanta, Georgia, becoming a major Atlantic seaport after the waters have risen to cover the entire eastern seaboard.  Charleston and Savannah will have gone the route of ancient fabled Atlantis.  That’s right, Mike.  Who needs polar bears?

Naomi Klein, in her book, is speaking to unfettered capitalism, the kind that doesn’t value polar bears and rainforests.  But, run-away capitalism relies on all of us playing the game of consumerism.  It’s a relatively new game plan that did not exist generations ago when the wood cook stove was an heirloom handed from generation to generation or the wooden furniture was truly made of wood and lasted for centuries.  My grandmother’s first encounter with “throw-away” was a roll of paper towels.  She washed out the sheets and hung them behind the stove to dry.  😍

We can beat the capitalists at their own game.  Don’t buy their products and the money flow reverses.  When the bottom line for stockholders declines, management and ownership will need to change the game.  It’s not at all complicated.  My grandparents mastered consumerism out of necessity.  The family car was not replaced until the wheels no longer turned.  The old Frigidaire refrigerator in the kitchen was not replaced just because it did not have the latest gadgets and dials.  It served faithfully for 30 years with a freezer that served up hundreds of gallons of home made ice cream.  Designer clothes for school were not purchased every year because we all wore clothes without fancy name tags until they had no wear left in them.  Our shirts were JC Penney hand-me-downs.  We learned how to conserve natural resources because we had a deep reverence for the earth.  Too simplistic, you say?  Just learn to say no to the incessant flow of advertising on your media screens and half the battle is won.

Of course the consequences of allowing the corporate world to rape the earth are huge.  But, so are we.  Collectively, we have a voice bigger than anything that comes off Madison Avenue or Wall Street.  Each one of us can decide today to put off that new phone or flat screen.  We can choose to have a vegetarian dinner tonight instead of beef raised on land that once was a rain forest.  We can wear that same old pair of sneakers for another year.  Grandma and Grandpa will be proud of us.  The polar bears will love us. 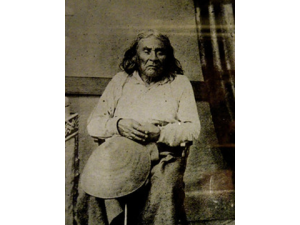 “This we know: the earth does not belong to man, man belongs to the earth.  All things are connected like the blood that unites us all.  Man did not weave the web of life; he is merely a strand of it.  Whatever he does to the web, he does to himself.”  TREATY ORATION 1854 CHIEF SEATTLE 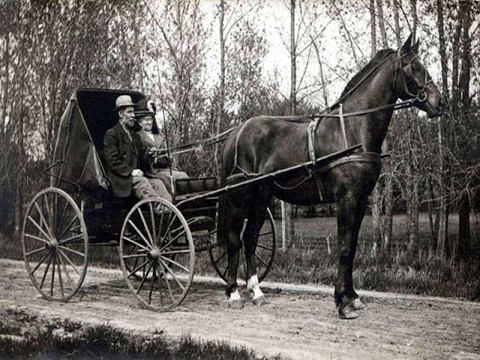 I have seen, in my lifetime, many changes in the roles of men and women within their respective societies.  Most changes are good, many more are needed.  A male friend of mine, old as the hills just as I am, pontificated about the role of women in the household.

“A woman’s duty is in the house taking care of the husband.”

“Hmmmm,” I replied.  “Sounds like old-fashioned chauvinism to me.”  He took offense.

Now folks, I am not the most progressive, liberated man on earth, but in my mind that kind of talk went the way of the horse and buggy decades ago.  Unfortunately, some members of my gender still adhere to it.  Equality for women is a good thing.  Equality for everyone is a better thing.  Argue with me if you must, but I know I am right.

However, some things from the horse and buggy days by far outshine our society today.  I remember, as a young boy, the neighbor’s barn being destroyed by fire.  Within weeks that neighbor had a new barn with a new hex sign on its side erected by his community brethren – labor intensive and cost free.  In the autumn when butchering of livestock needed to be done, the men of the community traveled from one farm to the next assisting each other until all the community’s members had stocked the larders, smoke houses, and shelves with a bounty of meats.  The women also participated by joining their sisters to prepare a dinner table groaning under the weight of meats, vegetables and desserts for the hungry working men.  Even the children escaped from school classes to assist whenever possible.  Some of our greatest lessons in life were learned during those times of shared communal outreach.  They were lessons a class room could never duplicate.

Our community lived as if every person mattered regardless of worldly goods and professional achievement.  Each man, woman, and child had a purpose and a unique contribution to the community’s livelihood.  None were denigrated because of poverty or social difficulty.  When the bounty of the land was brought in during fall harvests, none needed to be concerned if their crops were lacking or their larders were not filled.  Neighbors filled whatever the need might have been.  It’s was simply the right way to live and we all knew that it was right.

“Harvest Home” at our church was a special Sunday in October when the best of the harvest was presented at the altar for the pastor and his family.  In later years, when the pastor was  better paid, those offerings were taken to the church-sponsored home for orphans and the destitute.  Our community cared about its brothers and sisters just as they were instructed to do in their church upbringing, just as Jesus taught during his ministry on earth.  The farmers and teachers and artisans and laborers talked the talk and walked the walk.

Times today seem different, more impersonal.  I don’t know my neighbors down the street.  I attended a church of my tradition for 2 years and knew some of the congregants by name but none well enough to get together for coffee after the service.  Everybody seemed hurried to get home, change clothes and watch the game on cable or head to WalMart to buy a new kitchen gadget.  Yes, tithing was important, but that five dollar bill in the plate simply did not hold a candle to the basket of fruit setting at the altar during Harvest Home Sunday.  It’s too impersonal.  And we don’t build barns anymore. 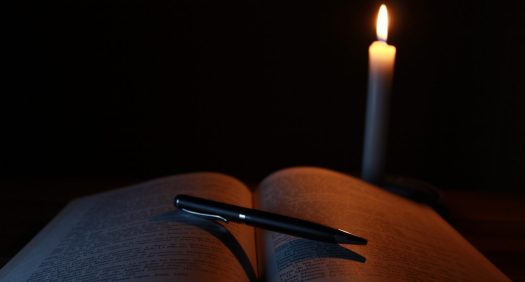