Composing thoughts and words into a train of rational ideas in a civil manner should not be difficult.  But it often is.  Blurting out insults and hurtful rhetoric seems to be the acceptable means of communication in society, especially American society.  Tweeting has usurped conversation as the American way of communicating.  Just as civility and decorum have been relegated to the days of Emily Post and her book of social etiquette,  ideals such as “compassion” and “compromise” are unfashionable.

Public conversations that would have shamed and assaulted our grandparents’ sense of  decency now are the norm.  So much disturbing visual and auditory material presenting itself as entertainment has been televised and telecast that it no longer is shocking or disgusting.  The evolution of humanity’s civilities, which had spanned a millennia of generations to a heightened awareness of solidarity, appears to have hit full speed reverse returning us to times of insensitive brutality and barbarism.

In these times a reliance on inner truth is essential to peaceful coexistence within the brotherhood of mankind.  Humanity is blessed with a code of moral and civil conduct which is universal.  It is not dependent on any particular religion or philosophy because it is an inherent part of each person’s DNA.  Call it conscience if you like or name it the spark of divinity within.  The faith of Judaism defines this code perfectly with its Decalogue, the Ten Commandments in the book of Exodus.

In today’s society we are pummeled with “alternate facts”, a difficult concept to comprehend.  Does this mean that there is alternate truth?  Does this mean a man is able to support any action, any behavior, any speech because he supports an alternate truth?  What a revelation!  I can now be as despicable and perverse as my nature dictates because I follow an alternative truth.

Hitler, Vlad the Impaler, Stalin, Jeffrey Dahmer, Manson, the Marquis de Sade would be poster boys for alternate truth.  Some politicians of today would be examples.  No!  There is no alternative truth.  Truth is truth and it is recognized by the edicts of conscience.  Some of today’s world powers, many of whom control finances and government, have apparently blinded their collective conscience in pursuit of dominance and control.  In the end they will be known (proven) by their fruits.

An interesting verse of Christian literature, Matthew 7:6, states that followers should not ‘cast their pearls before the swine.’  The pearls are the truth which Christians name as the Gospel, an ethic which messengers of all relevant faith walks have presented to humanity.  It is freely available, but it requires an inward journey and an outward expression of compassion to peacefully co-exist with a world run amok.  Matthew 7:6 seems to contradict the evangelical command to preach to all the world the Good News, but when the Christian Gospel is seen as Christ within, then it is sensible teaching.  That which will not be understood by those who prefer not to understand should not be held open to the unbelievers’ scorn, ridicule, and attack.  That which is cherished within should be protected.  The life I lead, the demeanor which I present to the world will reflect my inner truth, but, ultimately it is personal, it is private, and it is transforming.  When the powers of worldly institutions refuse to understand and incorporate universal truths, then, as Matthew 10:14 advises, “Whosoever shall not receive you, nor hear your words, when you depart out of that house or city, shake off the dust of your feet…..” 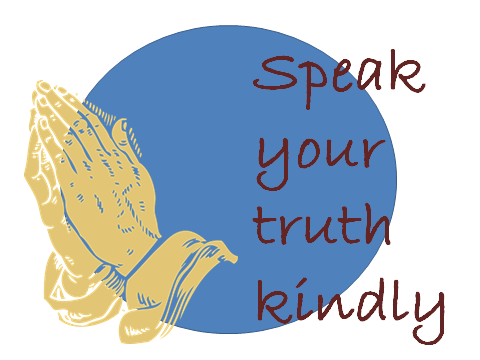