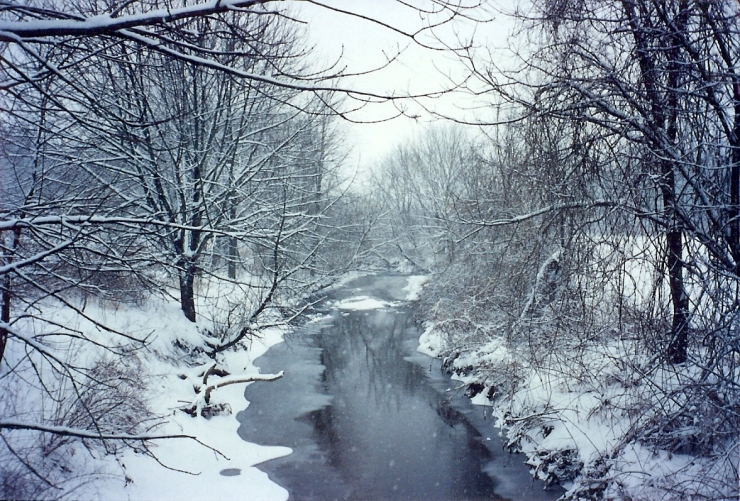 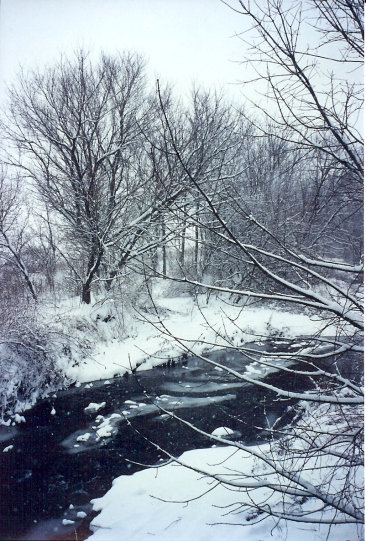 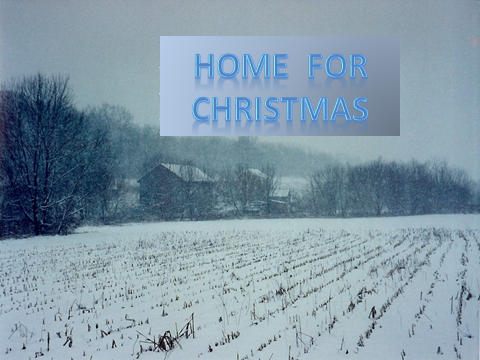 Tis the season.  Time to shake out some memories.  This is where I lived in Pennsylvania for the first 45 years of my life.  I come here every year at Christmas.  It is rural. It is peaceful.  It is where I wanted to live all of my dreams.  When snow covered the fields, the world was so quiet that I could hear myself thinking.  We built snowmen, we sledded on the hillsides, we made angels in the snow.  Winters were harsh, but also magical.

We were farmers.  During the winter months there were always building and equipment repairs to be done.  When the early winter butchering of livestock to replenish the canned meats shelves in the cellar, hams and sausages in the smokehouse, and roasts in the freezer was finished, we also challenged our hunting skills in the nearby woods to add variety to the food supply.  Quite often the women of the house had projects inside which kept us warm and comfy on the coldest of winter days.  We complained about doing ‘woman’s work’ but were quite content to be inside looking out.

The neighborhood boys came by for games of hockey on the frozen pond nearby.  Often a night game was staged with kerosene flares for lighting.  Those same flares were positioned along our sledding run for night-time rides down the hillside behind the house.  What seemed like mere seconds on the down run took fifteen minutes to return to the top.  One of the younger boys stuck his tongue on the sled’s frozen metal frame.  His older brother intuitively used his own breath to unglue the panic-stricken boy’s tongue from the icy frame.  Winter hiking on the mountaintop bordering our farm was an introduction to the indescribable beauty and peace of God’s world covered in a fresh, undisturbed snowfall where only deer and rabbits had trod.

Christmas Day was the highlight of the year.  Grandma decorated the tree which Grandpa brought from the nearby woods often fussing about the scrawny stick which he thought was beautiful.  And it always was a sight to behold, scrawny or not.  My aunt cut pine boughs from the trees in the stand of pines on the hillside, carefully attached them around the porch and nestled  brightly colored lights in the branches.  The surrounding community lauded Grandma for her cooking skills.  Indeed, she outdid herself for the holiday meal.  A fresh turkey from a neighbor’s flock, a ham from the smokehouse, numerous canned vegetables from the summer’s abundance, and desserts.  Many desserts!  My favorite was her mince-meat pie which she tediously assembled from scratch following the Pennsylvania Dutch custom of using shredded beef as the main ingredient.  The older members of the family poured a shot of Grandma’s ‘medicinal’ whiskey atop their slice of heaven.  I, later in life, was also allowed to do this.  Delicious!

Winter also allowed time to visit neighbors and travel to visit faraway relatives.  My grandparents motored to see an uncle and his family in Florida.  I met cousins whom I had never known before.  Uncle Ira owned an orange grove on a beautiful lake with scores of palm trees on its shore.  It is now part of the Villages in central Florida.  We then took off for the Florida Keys.  The bridges were very narrow at that time and Grandma freaked out driving across them.  She fussed and scolded until Grandpa turned around for the mainland.  We never made it to our destination of Key West.  I was glad to return home to Pennsylvania and it’s snow-covered hillsides.  Florida did not impress me at all.

Yes, I’ll be home for Christmas this year….but only in my dreams.

4 Replies to “home for Christmas”