“Over the past few decades, our Christianity has become obsessed with what Christians believe rather than how Christians live….But in Jesus we don’t just see a presentation of doctrines but an invitation to join a movement that is about demonstrating God’s goodness to the world.”  Shane Claiborne (1) 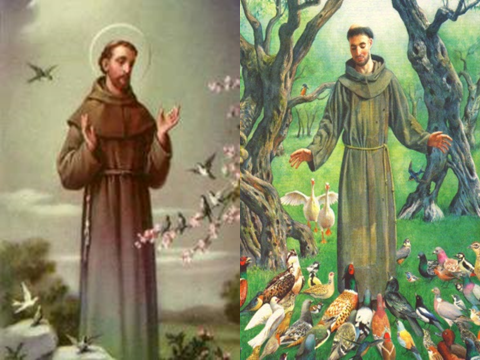 In chapter 2 of the Bible’s book of James, verse 17 – “faith without works is dead” – is a favorite of addiction recovery programs.  It is the foundational premise of the fellowship’s call to live a life of service to others through works.  “Do unto others as you would have them do unto you” is not the copyrighted property of Christianity.  Many major religions and cultures profess an obeisance to this maxim.

But it is not merely a statement of belief.  It demands supporting action in the way I live, in the way I treat other people.  Not only family, friends and neighbors should receive my best efforts to live by the “golden rule,” but everyone on earth who names themselves a member of the species homo-sapiens.

Tall order, isn’t it?   Now, let’s stretch it.  How about every creation of the God whom I name as Lord of my life?  The birds, tigers, my pet cat, fish, the flowers of the field, our water resources, the air we breathe – everything?  They are all a portion of the gift given to us to use and enjoy.  Treat creation with the respect and stewardship with which we want to be treated.  Might be a much better world, don’t you think?

“Every seed is awakened and so is all animal life.  It is through this mysterious power that we too have our being and we therefore yield to our animal neighbors the same right as ourselves to inhabit this land.”  Sitting Bull

In contrast to our world of greed and disregard for the elements of nature, the forgotten creed of the Native American embodied a legendary wisdom and spirituality.  Animals were respected as equal in rights and, when hunted, they were killed only for food. The hunter first asked permission of the animal’s spirit. (2)

Born in 1182 into wealth, St. Francis of Assisi, during his conversion period, was considered a madman when he renounced money and chose to live simply practicing equality by honoring, respecting and loving every person whether beggar or pope.  Francis’ love of nature is well recorded in writings, but his love was much deeper than enjoying time in the woods to admire the beauty.  His brotherhood included all of God’s creations.  To him the sparrow was as much his brother as the pope. (3)

Francis, born Giovanni Bernardone, had no thoughts to establish a monastic order named after him, but when called to serve his God, his answer was yes.  What will my answer be?  How about you?  Please take 5 minutes and 27 seconds of your life to watch the Franciscan Plea For the Soul of America.