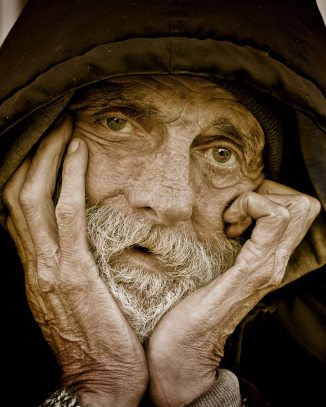 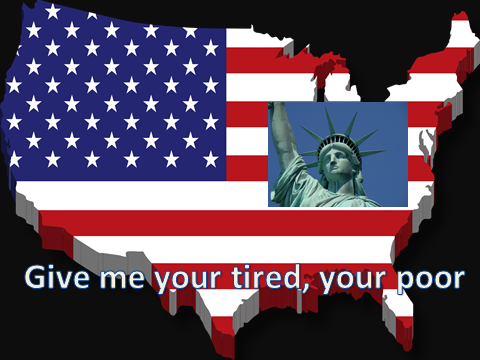 As they arrived at their unfamiliar destination, fear and uncertainty filled their hearts.  The children clung to their mothers as men speaking harshly directed the travelers to an unseen outpost for processing.  Upon arriving there, the children were separated from parents and taken from the sight of mothers who by now were desperately sobbing and screaming, “Where are you taking my child?”

A scenario from America’s southern border with Mexico where refugees from Central America and South America have been stopped by immigration officials?  No, this is a scene from Hitler’s Nazi Germany during the early 1940s.  Those children were sent to slave labor camps to work for the German war machine or to their deaths because they were too young to work.

I have often been chided for slipping from sobriety and spiritual themes offering hope and recovery to issues of social justice facing our contemporary society in not only the USA but also the world.  For reasons unknown to me even I can convince myself that I should avoid straying from noncontroversial topics.  It’s safer and it’s more pleasant to prattle on about the ABCs of ‘serene and clean” living then to face the harsh realities of the world in which we live

WWJD?  What would Jesus do?  What would any community-spirited sober-minded citizen do?  The answer always comes back to me in undeniable clarity.  Having read the words attributed to Jesus and the stories of his ministry to his oppressed and downtrodden fellow Israelites, having been advised by a Higher Power in the form of other recovering alcoholics that the program of Alcoholics Anonymous is preparing me to return to society as a useful tool and voice in my community, I must muster the courage and determination to be a voice, no matter how small,  for justice in a socially unjust society.  That’s my definition of spirituality and recovery.

You say my introductory paragraphs can’t happen here in America in 2018?  Really?  It’s a slippery slope on which our experiment in democracy finds itself today.  The grand copper  Lady in New York Harbor welcomed “the tired and poor, the huddled masses yearning to breathe free, the wretched refuse, the homeless and tempest tost.”  The words from the Book of Matthew which evangelical Christianity tongues fervently, “As ye do unto the least of these, my brothers, ye have also done unto me,” convicts us of our failure in today’s refugee crisis.

If I am truly a child of God created in the image of God, a spiritual entity, then I must be concerned with the injustices I see on a daily basis on my media screens.  I must offer a dollar or a meal to the homeless man on the corner.  I must be involved in a political process which challenges the greed of the wealthy and the indifference of the politically powerful.  When I talk the talk of sweet verses and inspiration, I also must walk the thorny paths of human misery shoulder to shoulder with the huddled masses.  I am nothing if I can’t empathize with the suffering brother, the hungry beggar, or the homeless man on the corner.  “If I have the gift of prophecy and can fathom all mysteries and all knowledge, and if I have a faith which can move mountains, but do not have love, I am nothing.” 1 Corinthians 13:2

When I am tempted to stand before the world thumping my chest with American pride and Christian hypocrisy, when I want to believe somebody else will take care of the poor and homeless, it is then that I need to find a quiet place and reorganize my priorities asking WWJD.

Think about it.  Hitler denigrated Jews as sub-human, as animals.  He fed the fears of Germans with racism and intolerance.  He appealed to human depravity at its worst.  He declared Aryans to be the superior, God-blessed race.  Their fate is well documented in historical annals and film.

Can’t happen again?  Maybe or maybe not, but I don’t want to be the one who quietly stood on the sidelines of neutrality.

“There may be times when we are powerless to prevent injustice, but there must never be a time when we fail to protest.”

(reference links for this article)

THE PRAY IN JESUS NAME PROJECT

The groups listed above would appear to be benign, American-values organizations dedicated to advancement of spiritual principles and family affairs.  In truth, they are poster children for bigoted, intolerant religionists.  These groups are on the watch list of the SPLC (Southern Poverty Law Center).  All are considered to be anti-LGBT+.  The three with asterisks are listed as LGBT+ hate groups.

All came forward with statements praising Trump’s transgender ban.  Their agenda is obvious and their methods and scare tactics are in line with the man who won the White House with their endorsement.  They have put a justice on the SCOTUS giving the evangelical Christian movement the necessary clout to repeal a woman’s right to choose and the marriage equality Amendment.  You’ve heard them on radio, television, and internet whining about the persecution Christians are suffering at the hand of a liberal, hell-bent population.

Link to the SPLC website to learn more about hatred in the good ole USA. 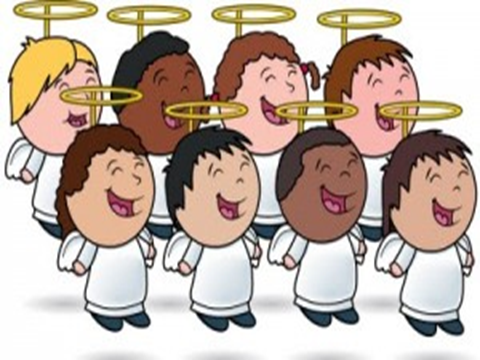 King David in Psalm 35 exhorted his Lord to send angels to drive away the enemies who persecuted him and intended harm for him.  In this passage we can visualize those angels protecting David just as our angels in Orlando protected mourners from the hateful signs and chants of a hate group from Topeka, Kansas. Their behavior does not warrant being associated with the word Christian. As with the Orlando shooter, I refuse to give them any further publicity by giving them a name. They are nameless. YouTube and Wikipedia are teeming with that information.

“…….is an unaffiliated Baptist church known for its hate speech, especially against LGBT people, Catholics, Muslims, Jews and politicians. The church is categorized as a hate group and is monitored as such by the Anti-Defamation League and the Southern Poverty  Law  Center  ….some protests have included WBC members stomping on the American flag and/or flying the flag upside down on a flagpole.”

Let’s face it folks.  These protestors follow Old Testament law rigidly.  They base a belief system on Leviticus 20.  Because the recipients of their brand of hate are so diverse and widespread it is obvious they have learned to read between the Biblical lines which they profess to believe.  I guess when one has a direct hot line to God, when his/her Bible is inerrant and literal, that person can substantiate any theology he/she desires.  Very few other congregations which label themselves as Baptist or Christian or Muslim or Judaic have attained this level of enlightenment.

Have you read Leviticus 20?  It is lengthy.  It is filled with death, blood, and stoning.  It depicts a time when God came to dwell with the Israelites and established his law.  Having just escaped slavery in Egypt, the tribe’s leaders (and God) eschewed anything Egyptian; customs, morals, habits, sexual mores.  If the story is indeed true, life for Jacob’s people must have been anything but “a land flowing with milk and honey” which Moses had promised.

To Jesus followers and to most Christians, adherence to Old Testament law is in itself sinful considering that the new covenant instructs us to “love God with all your heart and love your neighbor as yourself”.  Twelve easy to understand words supersede the entire book of Leviticus.  We may look to the Jewish scriptures for guidance and instruction but we are no longer bound by its law.

“If, therefore, the Son shall make you free, you shall be free indeed.” john 8:36

It’s that simple and I’m afraid the association of haters we have referred to in regard to the Orlando angels…well, I’m afraid they are mightily ticking off God almighty.