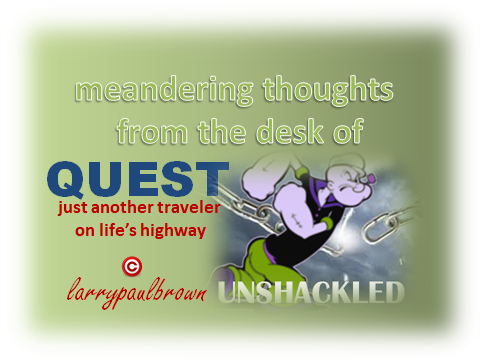 I refuse to carry QUEST into political tit for tat, but I sure as hell will endorse a candidate who is intelligent, of sound mind, a patriot ( did not claim bone spurs), a veteran, a man of vision, under the age of 70, well-spoken, educated, honest and witty.

When asked by Bill Maher if he had considered the possibility that Trump will claim a rigged election and refuse to leave the White House, what would he do?

Mayor Pete responded smilingly, “Well, it will be kind of awkward when Chasten and I move in.”