A heckler yelling Sodom and Gomorrah at a Buttigieg rally in Des Moines, Iowa, was drowned out by supporters chanting, “Pete, Pete, Pete.”  Then from the podium came a response from the candidate.  Looking toward the heckler he said simply,

“The good news is the condition of my soul is in the hands of God, ”

and then back across the crowd to his supporters, “but the Iowa caucuses are up to you.”

The amazing rise of the latest of Democrats to declare his candidacy for President in 2020, Pete Buttigieg has stunned pollsters by coming in 4th behind Bernie, Biden, and Beto.  Commentators have marveled that this scenario could never have happened just 10 years ago.  An openly gay man in a committed marriage standing in front of millions of viewers nationwide with the audacity to believe he has a chance to win the Presidency.  Unheard of!  Oh, how the literalists, infallibles, and inerrants must be flapping jaws .  Sodom and Gomorrah indeed.

“Did you see it, ” the thumpers must be muttering, “his husband had the nerve to give Pete a peck on the cheek in front of the cameras with the world watching?  What will people think?”

Just my personal and biased opinion, but I think the world might exclaim in gasps of relief, “Thank God those folks across the water have finally come to their senses.  The Yanks could possibly elect in 2019 an intelligent class act, a monogamous married man, a Rhodes scholar who served his country as a Naval officer in Afghanistan and then returned home to dedicate to public service.”

Yeah, I’m sure that’s what our European friends are saying because Pete Buttigieg, the gay mayor who publicly introduced his husband on national TV with a kiss does not rock their sensibilities nor ours nearly as much as the current political regime in the USA which protects a draft-dodger, a racist, a womanizer, and a liar.

The good news is that the condition of my soul (and yours) is in the hands Of God.  No man, no religion, no theology, no President, no world leader, no spouse, no friend, no pastor has a claim on what we know to be our truth.  Just let that resonate for a moment.  Do you feel the freedom, the assurance, the joy?  The chains are broken not because a priest or minister says so, but because the master of your life, and the God of my life have stepped into the picture and overruled all those who tell us that we are immoral, evil, misguided, unworthy and headed for hell’s fires.  That human assessment simply is not true.  If the book which you read for inspiration and instruction condemns you and if the people you choose as spiritual leaders condemn you, then you need to give up that funny book and its associated church, mosque or temple to find a  fellowship that speaks love and compassion. 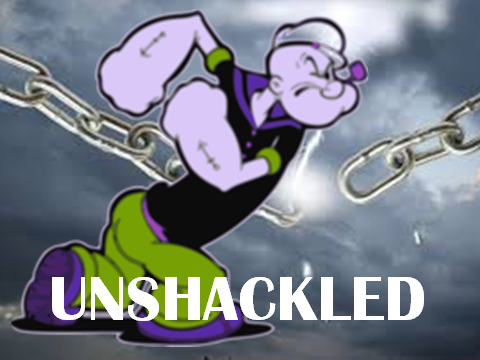