“This little light of mine, I’m gonna let it shine.”

Does anyone else remember that verse from childhood days in Sunday school class or perhaps vacation Bible school?  Yes, we would all stand up in front of our families, friends, and neighbors gesturing in unison our hands uncovering a candle being held.  The parents, the teachers and the preacher smiled in appreciation for our efforts.

Several weeks ago after church service I shared with a friend that I was feeling extremely irrelevant in today’s world, that a majority of my neighbors followed the beat of a different drummer socially and politically, and alas, even within our congregation there was division and discord.  We talked at length about the political climate, the lack of congenial discourse, the increase of violence.  From previous conversations I knew she was on the same page as I regarding tolerance of and inclusion for differing walks in life.

We talked awhile consoling each other when she twinkled an eye and began singing softly, “this little light of mine, I’m gonna let it shine.”

Yes, that is what we do as messengers of a Higher Power which embraces things not born of this worldly system, but extremely relevant to our journey.  We shine forth with what we know as truth.  In our AA literature humility is defined as “a clear recognition of what and who we really are, followed by a sincere attempt to become who we could be.”

All too often we view this “humility” thing as a negative, we see it as needing to release pride and self pursuit.  But, if we recognize the greatness which God has empowered within each of us, if we realize the inherent spiritual connection, then we can begin to feel and believe that we do indeed have something to share with the world in which we live.  We are relevant to today’s worldly problems when we understand through genuine humility who we truly are and what our purpose is.

I don’t need a lighthouse, a beacon on a hill, the bright lights of fame, nor the adoration of the multitudes to walk this path with purpose or relevance.  I’ve been given my own personal little candle to hold and, by the grace of God, I’m gonna let it shine. 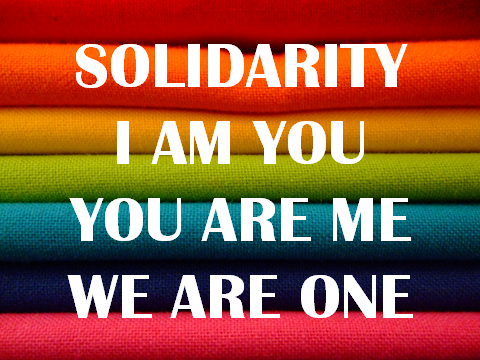 The first few months of sustained sobriety were exciting and exhilarating for those of us recovering from alcoholism.  New ways of thinking, new habits, new friends, and a new spirituality kept us coming back to the rooms and tables of Alcoholics Anonymous.  Day by day we grew stronger in our commitments to live life without the crutch of a potion which we knew was killing us.  Some of us, however, continued to stumble over the name of God in the prayers and in the readings.  Too much God baggage from our addictions made it difficult to sincerely think about the Higher Power in any but the simplest of terms. Those with continuous sober time told us to use the group conscience as our reference point for God.  It worked.  Eventually, having done our inventories and amends, we cast aside the vindictive, judgmental concept we carried for far too many years and we could say and think God with conviction.

Very special friendships developed as we found others with like interests and shared histories.  Many of us began new lives plagued by financial problems carried over from our past lives and we found it necessary to share living expenses and housing.  It was a perfect solution to the loneliness imposed on us by our disease.

Roommates in recovery discovered that living together could be just as problematic as our marriages or relationships had been previously.  We were sober but we were not yet cured of the issues which turned our living arrangements into living hells prior to Alcoholics Anonymous.  We had not arrived at serenity, we were still works in progress.

My first roommate as a sober man was Jackie L.  He had several years sobriety, attended numerous meetings weekly, and was a person of deep, very deep, Catholic convictions.  We spent hours delving into the mysteries of the great writers of religious tradition.  Our commitment to sober living was never questioned and, in retrospect, that commitment kept us from going off the “deep end” with religion.  We had witnessed that happening to some of our friends; they got into some heavy theology and lost their sobriety as a result.

Jackie was described by some friends as a brooding, moody man.  I learned by watching his eye color change from a bright hazel to a deep green when Jackie had something on his mind.  And it was only a matter of minutes before we were in deep discussion about that “something”.  Being the younger in terms of sober time, I was also more explosive with emotions while my roommate maintained a calm composure.  That thoroughly pissed me off as we explored the problem we were having.  He already had the upper hand with his poise and wisdom while I sat there spitting and sputtering trying to argue my point.

Those days of early sobriety were extremely important in developing the interpersonal skills we somehow mismanaged while perched on our favorite bar stool at the local watering hole.  Finally, we had an opportunity to jumpstart our emotional growth which had been at a standstill for so many years.  And  make no mistake about it; this was tough, painstaking work.  We were ill-equipped for behaving like mature men and women.  But somehow we survived.

Jackie and I have lost touch over the many years since 1983.  But, I shall never forget his famous line whenever he was about to take the high road in our numerous arguments as roommates.  He, with those dark brooding eyes, would look at me with a slight curl on his lips and a mocking laugh and then ask,

“Well Larry, now how spiritual was that?”

That has stayed with me for all these years.  When I do or think something which is less than serene and clean, I ask myself, “Well Larry, now how spiritual was that?”

Today I believe the world and its problems could learn a lesson from Jackie and me if people would simply ask themselves, “How spiritual was that?” 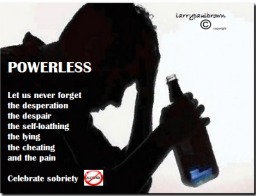